NEW ROADS AWAIT ON THE ALL NEW AQUILA NEo

The word "Neo" describes something new. For the upcoming season, a new platform, a new design, and an all new bike, That best describes the Aquila Neo.
The first generation Aquila Neo was designed to defy the conventional road bike, and it certainly set the foundation for newly adopted riders to have a soft landing into the fast growing sport if cycling. From what we learned from rider feedback, we have made the new generation of Aquila Neo even better.
GEOMETRY

Not a cable in sight. The new Aquila Neo has full cable integration courtesy of the FSA ACR System. Borrowed from the Aquila Equipe EVO, this system provides a cleaner appearance, and improved aerodynamics. 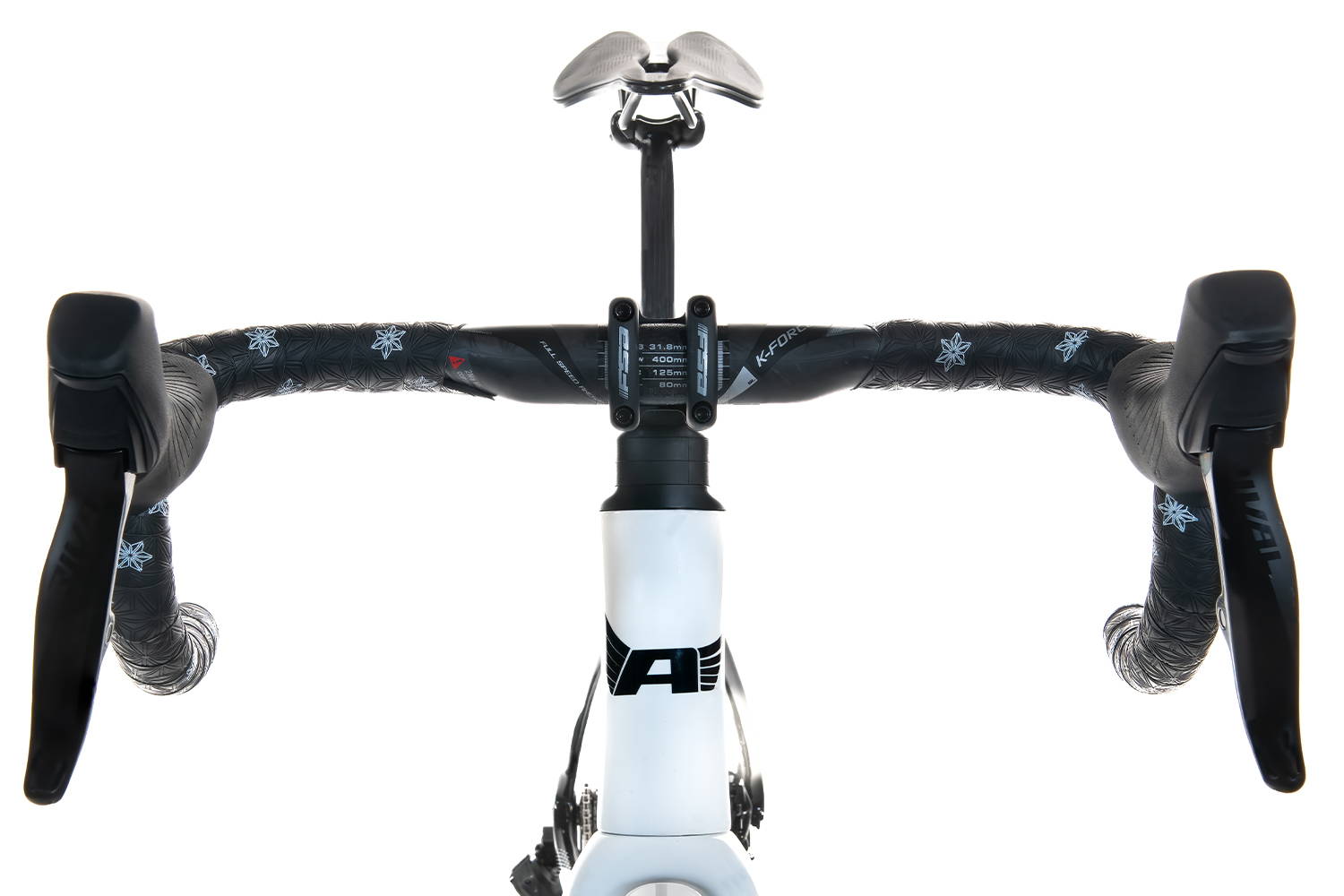 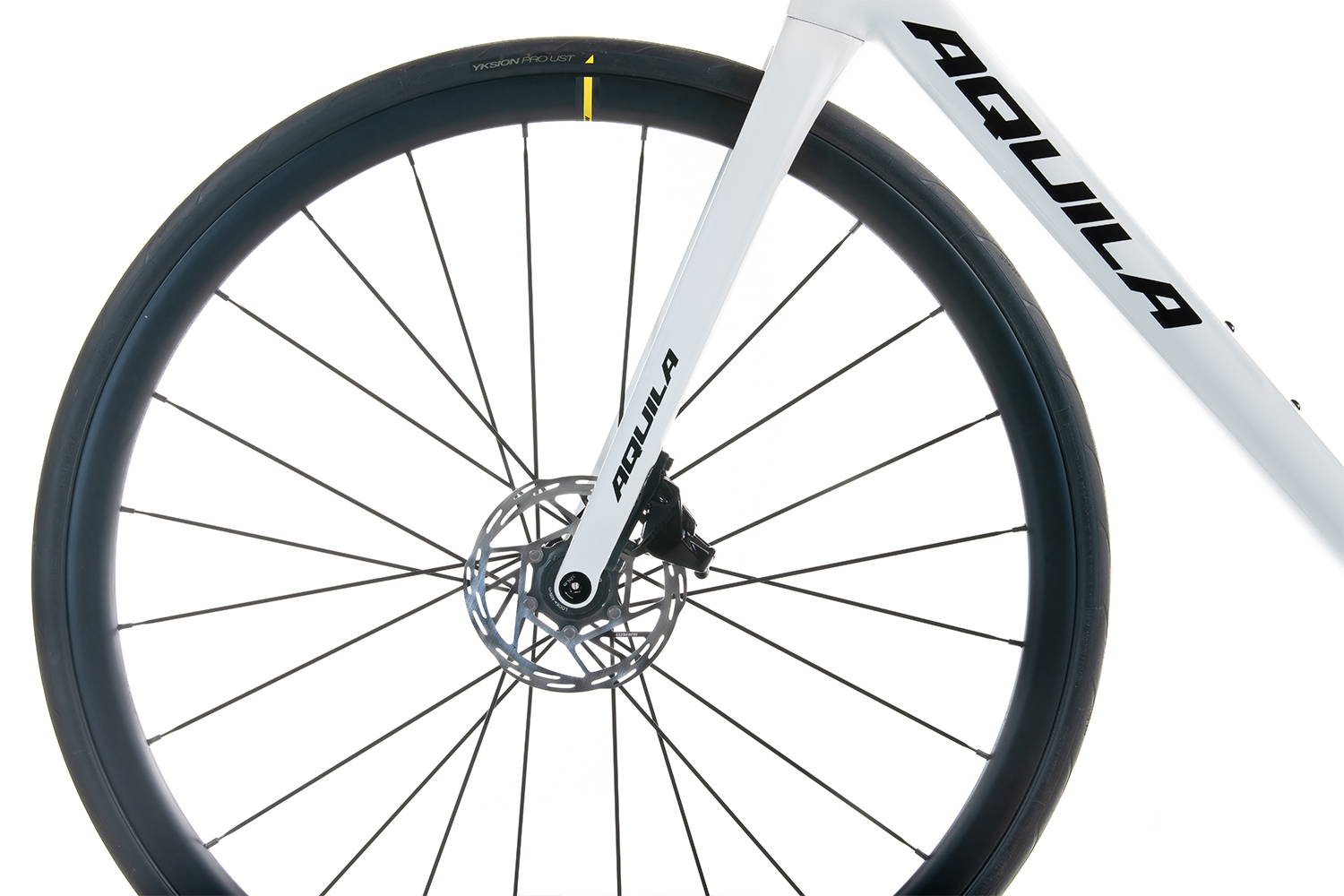 Bigger is better. The all new Aquila Neo has the ability to run up to 32mm tires. A super plush ride with no added resistance, improved stability and cornering grip.

The All new Neo has a newly re-deigned “D” Shaped seat post. This dramatically improves riding comfort as it allows for more flexion forwards and backwards. Thanks to the flat rear section of the post, it is less resistant to flexion compared to the round edges of a cylindrical shaped post. At the same time the D Post improves lateral rigidity while pedalling seated. Not to mention improved aero dynamics. 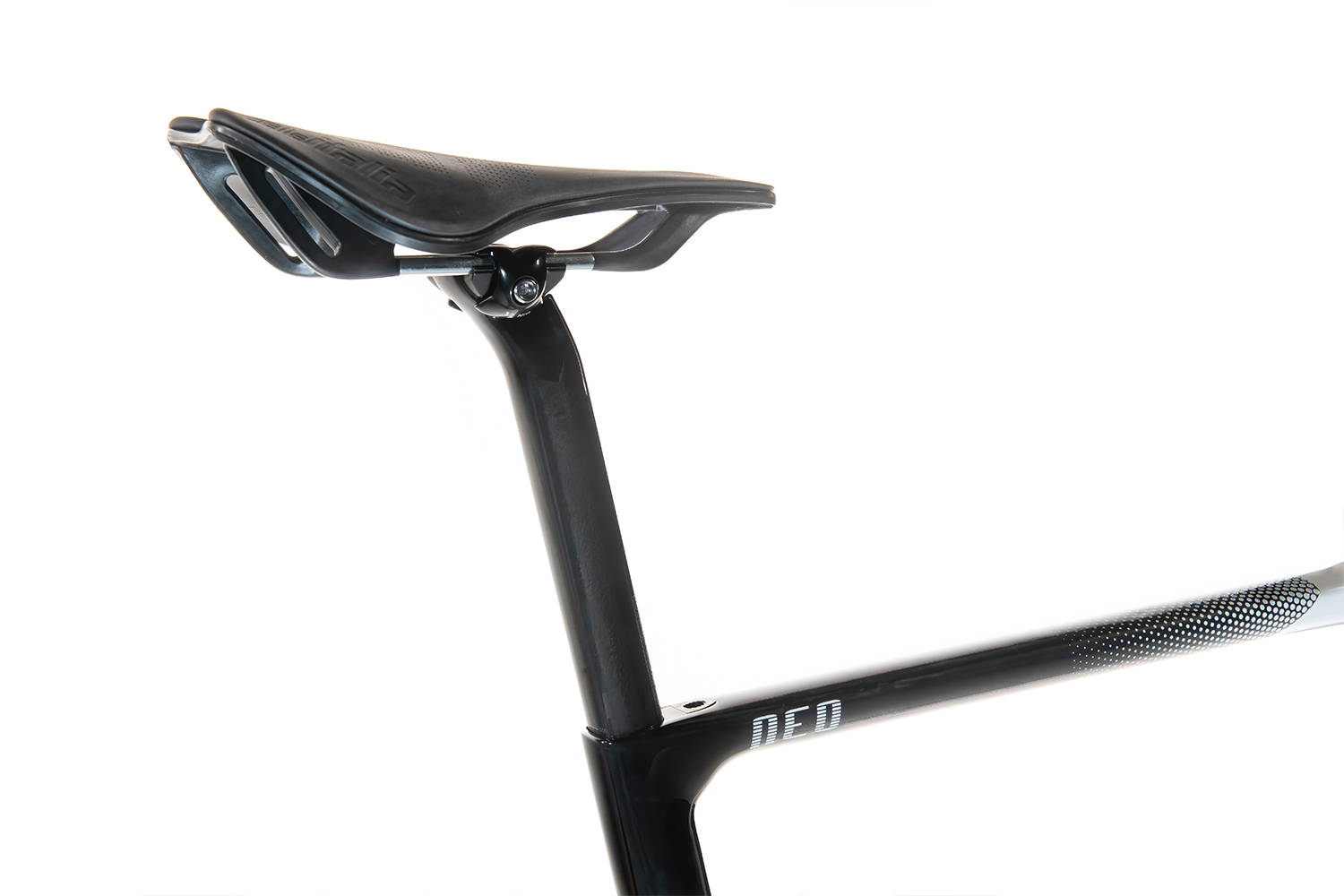 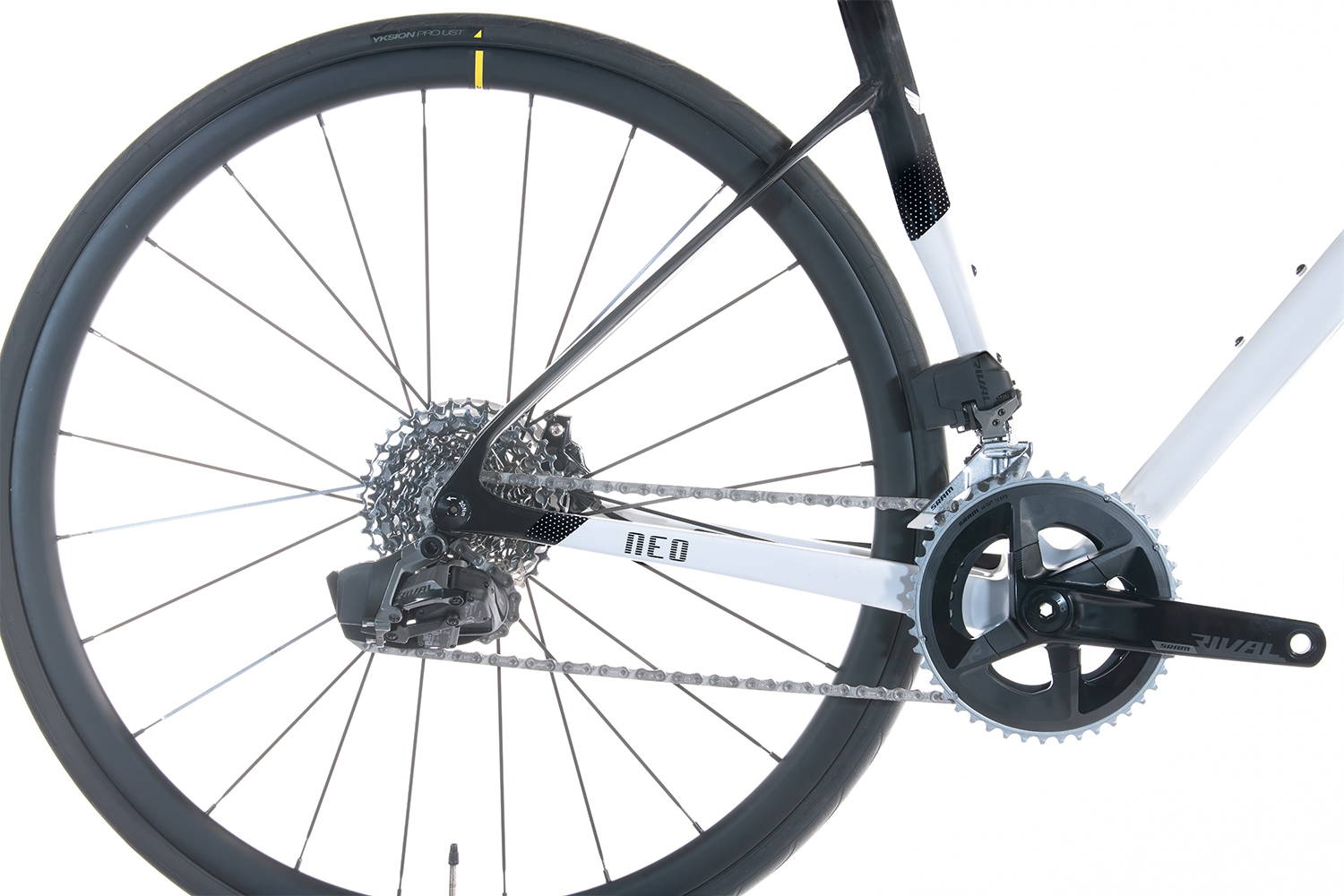 One of the best features of the first generation Aquila Neo was the DES rear triangle. During the deign process of the new Aquila Neo, we looked at how we could improve upon the current design, without disrupting a good thing. Tweaking the shape of the rear seat stays, by vertically flatting them out, not only resulted in further vertical compliance, but improved lateral rigidity. Furthermore, we increased the vertical profile of the chain stays by 3mm, to reinforce critical areas of the frame that are subject to a multitude of different forces, that include lateral forces while riding out of the saddle, forces from the drive train, and hydraulic braking system. 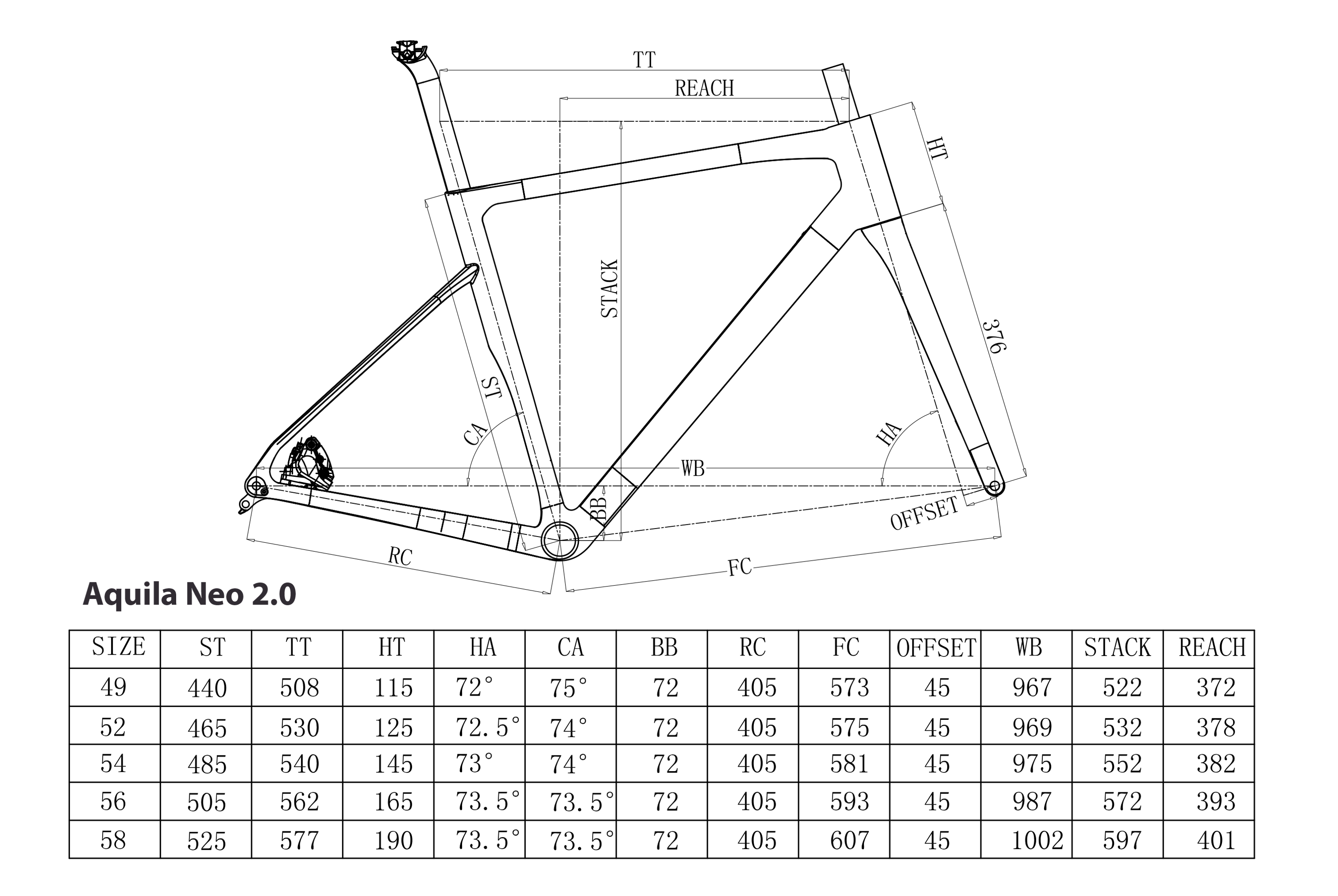